Cafe Altura formed around a shared belief in the transformative and healing power of Organic and Regenerative agriculture. In 1980 Chris Shepherd traveled to Chiapas, Mexico in search of coffee grown without the use of harmful chemicals in methods that cared for both people and the environment. Today, Cafe Altura is available from Los Angeles to New York. We are based in Ventura, California where we roast our coffee on vintage roasters and continue to promote organic agriculture through conscious commerce. Read the Cafe Altura story here.

In the Spring of 1980 Chris Shepherd was living in an Anthroposophic community called Rancho Califia on High Winds Ranch located in the Ojai valley just north of Los Angeles. The basis of the community’s structure was a prosperous and hard-won organic farming operation. They raised goats, geese, ducks and grew organic lemons. It was there that Chris truly fell in love with agriculture and discovered its transformative power if wielded properly. He met many likeminded people both visiting and living in the community. Travelers would come and share stories of communities and people working to better the world through agriculture. One such story was of the Finca Irlanda in Chiapas, Mexico – a Biodynamic Coffee farm – one of the first in the world.

Chris jumped on the opportunity to travel to Mexico and meet the Peters family, who had been the stewards of the 300 acre Finca Irlanda since its inception in 1928. The trip was a success and the partnership that resulted created Café Altura – the first organic coffee company – the first importer of Organic and Biodynamic coffee into the United States in 1984.

Forty years and many millions of pounds of coffee later, Chris continues to pursue his passion for organic agriculture. He is the President of Clean Foods, Café Altura’s parent corporation. He holds a bachelors degree in Sociology from CSUN. To this day he remains committed to growing great coffees in a regenerative and sustainable manner, for the prosperity of producers, consumers and the planet. 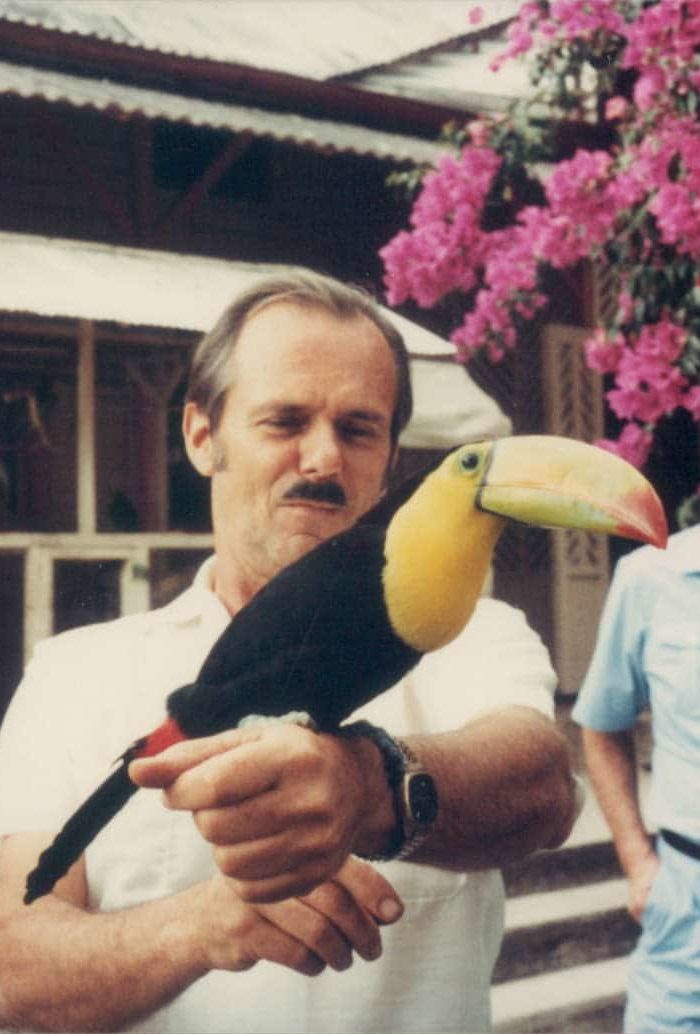 Walter Peters was born on Finca Irlanda. Walter was man of few words - a true mountain man, always more comfortable in nature than with fellow human beings. With the assistance of Emerson University in England, Walter developed methods of nurturing coffee in an ecologically dynamic and sustainable manner, ultimately using Finca Irlanda's operations to enrich the environment rather than damaging it. Walter opened up Finca Irlanda as a training center to many of the world’s organic coffee farmers, demonstrating the use of compost, integrated pest management, and stream preservation. He was a noted ornithologist who identified over 200 species of birds on his farm, and was the host of the Smithsonian’s initial research into the benefits of shade grown coffees. Walter provided a safe haven for the animals of the Sierra Madre mountains, often purchasing iguanas from the local meat markets to set them free on Finca Irlanda and the in the wilds of the rainforest.

Ralf Peters was Walters older brother and also born on the Finca. Ralf was responsible for all the business affairs of the Finca Irlanda. The beginnings of the partnership between Café Altura and the Finca saw difficult times. Ralf demonstrated faith and courage in supporting the idea of bringing organic coffee into the novel U.S. marketplace. Without his support and guidance, it is unlikely that Café Altura would have endured these forty years. Ralf served as the Chairman of our Board of Directors for over twenty years, and his guidance was instrumental to the development of our continuing business. Ralf passed last year, leaving the affairs of the Finca Irlanda to Walters son Bernd and grandson Alexander.

Dillon Misikewicz is the CEO of Clean Foods, Cafe Altura's parent company. He holds a B.A. in Philosophy from U.C.S.B. He personally restored our vintage Probat roaster and has spent countless hours cupping coffees. His passion for "getting it right" drive him to seek excellence in all aspects of Cafe Altura's operations. He met Chris Shepherd while touring a coffee farm in 2012 and the rest is history.

"Ralph would take us on tours of Finca Irlanda and through the surrounding rain forest. His tiny red jeep contrasting against this wall of green jungle made it feel like the forest was just going to swallow us up. I'll never forget this tremendous feeling of awe and  being humbled by the power of nature."