Brewing coffee essentially only requires a few things. You need ground beans, (usually) heated water, a place to combine them for a little and a way of separating them out.

But don’t let that supposed simplicity fool you. Even with a fairly limited number of steps involved people have developed countless different ways of producing the drink throughout the thousands of years it has been consumed. Some of these methods were arrive at out of necessity with the tools at their disposal; others were created in pursuit of achieving a specific flavor profile.

The separation of coffee particles, or insolubles, from the final drink is often the key distinguishing feature between brewing methods, but it wasn’t always so. Some of the earliest brewing methods, including the traditional Turkish Cezve,actually used no physical filter or barrier to separate grounds from the final drink. These methods called for grounds either being boiled together with water before pouring into a mug or grounds were placed directly in a mug and boiling water was poured over the top. When done properly, as the coffee cooled, the grounds would sink and settle to the bottom what remained was a cup of coffee with a sludgey bit of grounds to be avoided toward the end of drinking.

Another traditional brewing and filtration method, and one that has persisted to this day, is the French Press. Still one of the simplest and least expensive methods of brewing coffee, French Press brewing consists of pouring near-boiling, or boiling, water over grounds in a glass or metal cylindrical container. After the mixture sits for 4-7 minutes, a metal plunger is then slowly pushed until it moves all the grounds to the base, leaving the filtered drink above for serving.

Though there are countless others that could be mentioned, a transition in methodology began occurring with the French drip brew pot in the early 1800’s. The French drip brew pot had two chambers separated by a cloth filter. Ground coffee was placed in the top chamber and hot, but not boiling, water was poured over to drip through into the bottom part. The main drawback to this method was that the amount of time it took often meant the coffee would end up lukewarm and over extracted. The French drip brew method is still frequently used in Louisiana where it is referred to as une grégue.

In the decades prior to the early 1900’s the filtration method of choice involved placing a linen bag of boiling coffee grounds in a pot to brew before removing to leave behind the drink, similar to steeping a giant tea bag. For those of you experienced with brewing coffee yourselves, one of the main flaws of this method should be fairly obvious. The boiling point of water is far too hot for brewing coffee. At 212ºF, boiling water exceeds the ideal brewing temperature range of 195ºF to 205ºF. The overly hot brewing temperature would lead to burnt grounds and an over-extracted, bitter, cup. 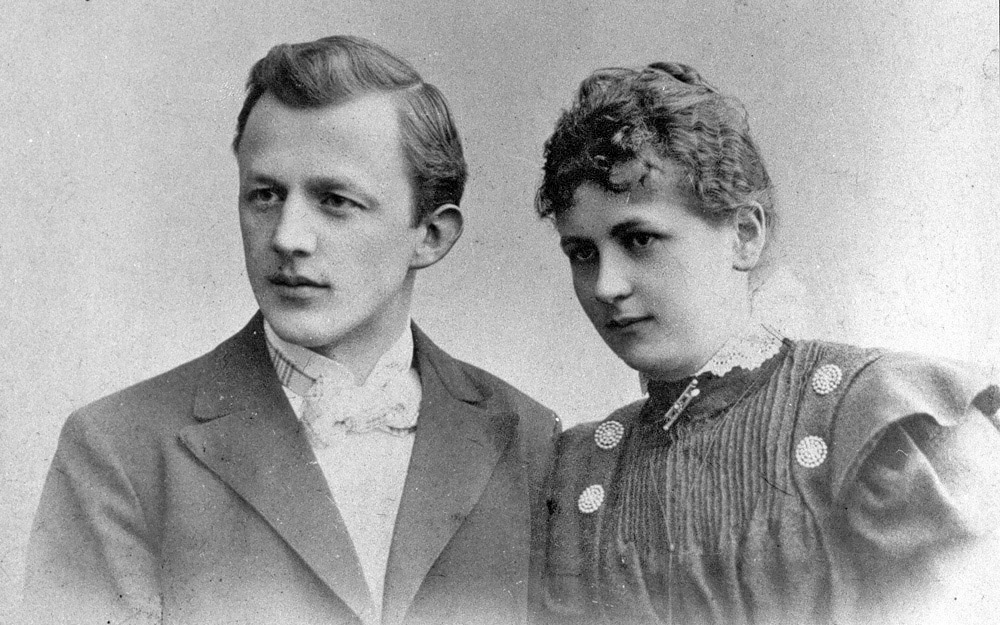 Enter the paper filter in 1908. Invented by a German housewife, Melitta Bentz, this new method of filtration would soon become the most popular method of all. Bentz thought up the idea as a solution to bitter taste produced by boiling coffee and using the linen filters of the day. The paper drip filtration system avoided earlier issues of over extraction and the material naturally removed diterpenes present in the coffee, making for a cleaner and less oily taste.

Bentz’s paper filter quickly became a hit and she started a company in her own name to manufacture the product, hiring her husband and two sons as her first employees. Melitta, the company she founded, remains the largest manufacturer of paper coffee filters in the world and is a lasting testament to both the quality of her invention and her business acumen.

This advent of paper filters paved the way for a shift from the traditionally popular percolation-based boiling methods toward drip coffee and lower brew points. At present, most Americans are still making their daily coffee in some version of an automatic drip coffee maker for convenience and taste. And among those who opt for a more advanced drip-based method such as a V-60 pour over or Chemex system, the paper filter plays an integral role in producing the desired taste.

In the years since Melitta invented the paper filter, new methods of coffee making arose. The first successful espresso (Italian for fast) machines were becoming popular between the World Wars thanks to a Italian factory owner thinking his workers were taking too long of coffee breaks and taking it upon himself to invent a commercial-grade espresso machine. The rest of the 1900’s saw a variety inventions aimed at trying to recreate the espresso bar experience in a way that could be accomplished at home. From the Moka pot being popularized in the 1950’s to the FAEMA spring-loaded, electronically-pressurized, espresso contraption of the 1960’s most new inventions concentrated around pressure-based espresso brewing systems.

Despite all these and later inventions, the paper filter remains the preferred method of filtration to this day for everyone from drip coffee drinkers to pour over enthusiasts. The easy clean-up, affordability and cup quality have yet to be beat and are a lasting testament to Melitta’s ingenuity in pursuit of a cleaner, tastier cup.